Do The Get Around LP

by Gino And The Goons 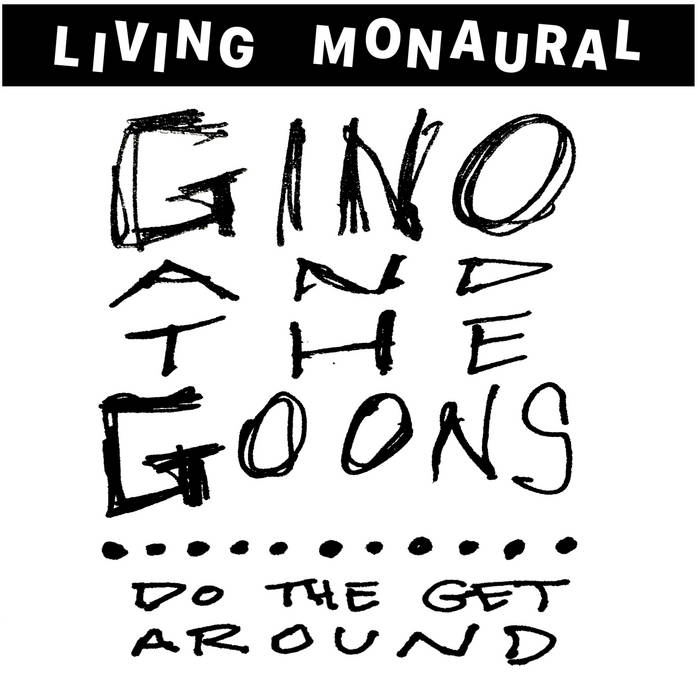 It's budget, it's punk and it rocks. Gino and the Goooooooons are back.
Led by Gino Bambino, the Goons play rowdy punk rock that holds up it’s pint to the Ramones, Chuck Berry, Willie Nelson, Nervous Eaters, and Motorhead. It sounds like being in the middle of a really tense house party. Ten songs to dance, drink, fight and breakdown to.

"Another lo-fi garage-punk maverick, you say? Sure thing! In fact, throw away yr Ty Segall records, smash yr Oblivians 45s into dust and sand down the grooves on yr Gories LPs – you ain’t gonna need ‘em any more. OK, yes, you could also stick ‘em on eBay, sell to the highest bidder and live out the rest of yr days in the lap of luxury (sorta), but c’mon now, that really wouldn’t be in keeping with the spirit of beer-soaked, fuzz-fuelled mayhem. Much better to trash ‘em and live drunkenly in squalor. Who’s with me?

Point is, Gino And The Goons are here to claim their crown as the new kings of trash. Led by the primal howl of Gino Bambino – it’s not just a clever name – the Florida band drop their fourth album on us with scant regard for subtlety, maturity or basically anything that isn’t a rowdy, hip-shaking groove or a gnarly guitar sound. Do The Get Around features ten barnstormers composed entirely of snot, snarl and serious sass. Opener ‘Hard Way’ introduces the band in the best way possible – a riff lifted straight from the raucous end of Nuggets and Pebbles, a gravel-throated sense of swagger and a guitar crunch that’ll make you gasp in wonder at the heroic dumbness of it all.

They’ve got plenty of other tricks up their sleeve. ‘Do The Get Around’ sees ‘em messing with toe-tappingly abrasive soloing, ‘I’m Your Man’ throws stink bombs at The Beach Boys’ ‘Surfin’ USA’ before sealing it in an unventilated room, and ‘Monkey Love’ takes an uncomplicated sentiment and crunches it underfoot with Stooges-styled sludge. Does this sound like the sort of thing you’d be interested in? Of fkn course it does, unless you’re dead. The best soundtrack to out letting all the air from yr boss’ tyres, and then some."
Will Fitzpatrick.

Bandcamp Daily  your guide to the world of Bandcamp